Ok, So I did something dumb, bought an Efoil sight unseen. I did ‘research’ but in the end I didn’t want to spend 12,000 so I cheaped out. The Avante Efoil had price tag of 7,499 at the time. I talked to the Owner, Rick a few times. He told me it weighted 55 pounds. He told me it had a Hull identification number. All of these were straight up lies. The thing arrived direct from China in 3 shipments. I was told it would arrive in 2 weeks. It took about 5 weeks, that was not a big deal. As I had never tried an efoil before I didn’t really understand what I had gotten. It seemed bigger then the pictures and I weighed the fully assembled product, 88.7 pounds. So I took this monster of a board and tried it. You can start standing on the thing because it’s more like a boat. I could get up on foil a bit but it felt unsteady. It’s also scary as hell when you fall and this 90 pound log with a sharp METAL foil is there to potentially greet you. So I took an official lesson with a local efoil instructor. He was curious about it and so he tried it. He was NOT A FAN at all. I feel it does not perform well because of the extreme weight. It’s also just cheaply made. Another potential issue, I believe it is water cooled by sucking water in from the surface into the board itself. If you are on foil for a while, how does it remain cooled?? I bought a Lift Efoil and it is AMAZING. So well made, safer, and cooled correctly. I managed to sell this piece of crap. I lost about 1,500 but was thankful as hell not be stuck with this junker. I replied to an email from Rick asking me how I liked the board. I explained that I felt he had lied. I never did hear back from him. Learn a lesson from my mistake.

Hi Mark, Can you please send some pictures from the Avante Foil? So that we can learn …

Avante is same as Etakuma i assume?

Thank you for sharing the story 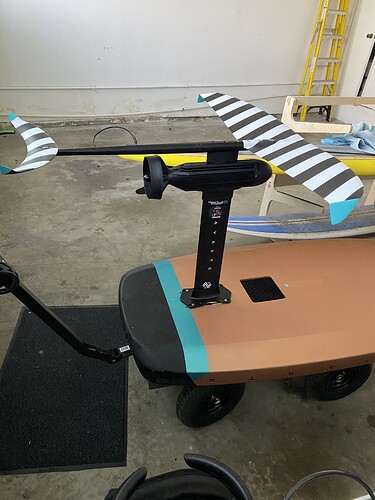 But essentially from being “too big” and “too heavy” what were the main issues with it?

Those are the main issues. It is also not well-made and difficult to assemble and disassemble. This only became very clear after trying and then purchasing Lift efoil.

Thank you for sharing the story and it should be a good lesson for others planning to buy cheap efoils from China and Alibaba. I am happy you got Lift and now enjoy it! Keep riding!

Sorry I don’t get it. Takuma is selling the eFoils now under Avante brand?

Avante seems like US rebranding of takuma but basically same thing…

Essentially yes, I’m not sure exactly how this business partner and is set up, I’m not sure how similar their product is to Avante