I think all would agree the designs look very interesting. Even if they never come to life, at least it will give new ideas to the industry! lets see how it goes. I dont like to call it a scam until it’s a proven scam. For now it’s just some 3D ideas, that look little outlandish, without actual proof of action.

There was a video in the water 2 years ago, but nothing since then unfortunately… The developers just keep pushing “launch”… First it was August, then December 25… Then “march 2020”… It’s a long process taking from prototype to a real business, it may take years. Lets keep patience!

Well said, @Jetsurfingnation. I am wondering how you can start with the Flyshoes. May be from a pier or you have to be towed?

I think from pier. On all his videos he has a pier. but looks like it’s only for racers, not for beginners and has no flotation. I dont understand where the battery is… 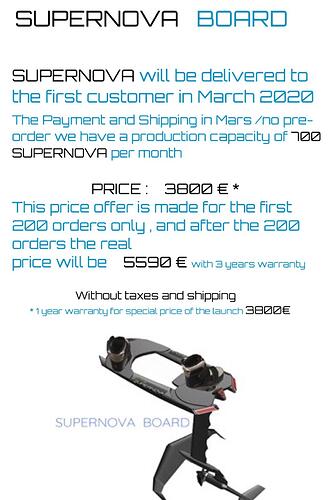 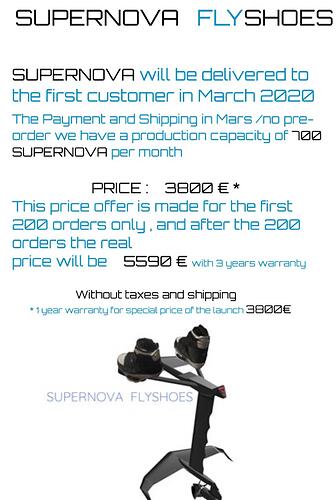 More opinions from their FB group - you be the judge

Blockquote He did exactly the same thing 3 years ago with Jetkart. Started several Facebook accounts in different countries. I was supposed to be the distributor for all of the United states. Promises and more promises and delays upon delays. And then one day nothing. He won’t respond to anything.
And then his girlfriend responded to my question about how this product seemed like Jetkart and she says she knows Marc, and that he built up company and the sold to someone.
And then Mark quatre became Marc Legarde and explained it was legal issues with French government.
I think its all about him building up interests and then using that interest to show value to an investor.
That being said, I am in watersports with several products and am certified Instructor and pilot on several products. I don’t see this flyshoes working at all ! I’ve sat back and watched and hoped that it wasn’t another game, but I feel as though it is !

Today everyone (including me) were removed from supernova group - to me that is the last straw and I am pretty much convinced it’s a SCAM and no longer interested to waste time on this.

There are plenty of legit and honest products in jetboard industry that don’t hide behind fake accounts, shady videos and 3d renders.

I am still in this group and this is what Brian recently published: 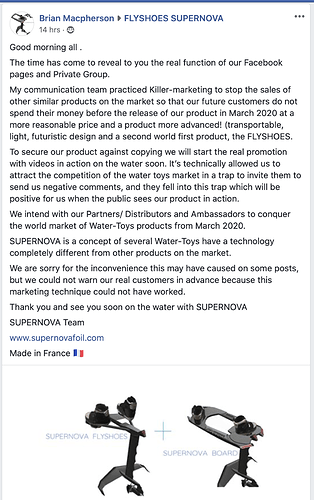 I am glad this e-surfer forum exists. If you publish screenshots here, they cannot delete it

To close this discussion, i found the supernova redbull page:

So to make it easy I asked Redbull directly if it’s a scam or a real deal.

here is the response:

you make your own conclusions… But for me this story is over.

It just keeps on coming… This time magical wake board made of glass (? plastic?)…
I am no pro at wakeboarding but i tried it a lot in the past and I dont see how this 3d render concept can work in real life, even assuming they create an ultra small battery and engine, where the flotation comes from? This hole setup will just sink down and with no rope to hold on to, how will you even start riding? 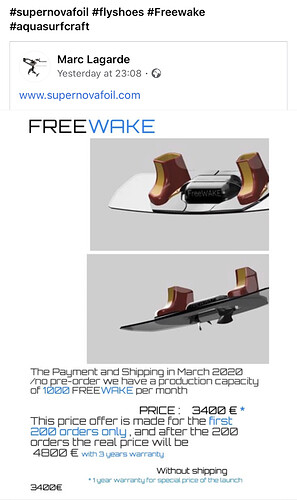 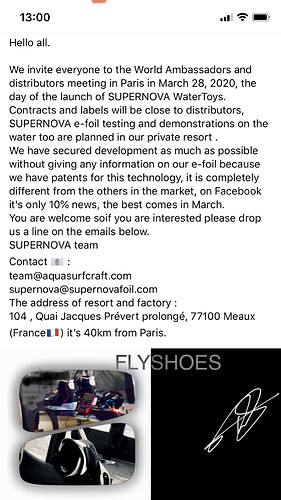 Yes, it is all his resort. He is just walking around in a marina and talking bulls***

Its not a “resort” so to speak, it’s a boat repair yard business on the river 40km of Paris, which seems legit and has good reviews on google.

It became silent around Supernova. Anybody here who has some news?

Thousands of such variations can be devised. But I would be interested in the start-up technique when it has no volume. With the kit it might work, but the engine is then unnecessary?

Anything new from these guys? 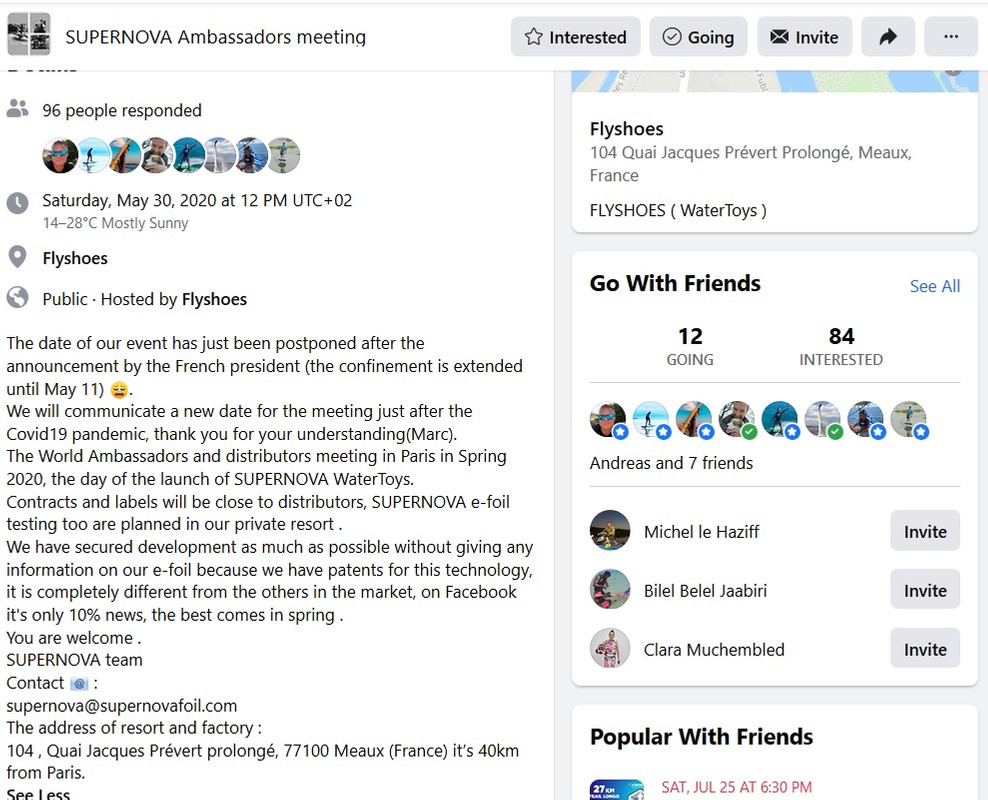