Our battery is Polymer Lithium Battery, just our Chinese brand and no cell, our remote has cell, which is Panasonic.

We also have updated motor which is 3000W. 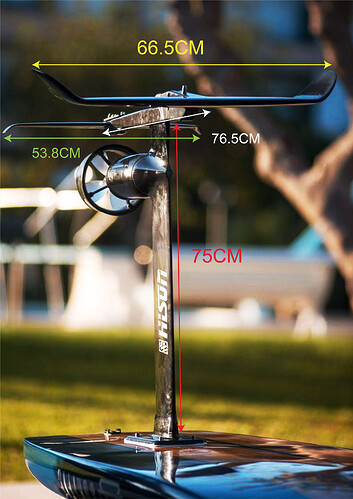 Also if you wanna charge soon, we have more powerful charger, it only need roughly 2.5-3 hours, but should add $300 for each.

I purchased one of these, marketed in the USA as the Ultrafoil. I have the version 1. A total piece of junk. And the company offers zero customer service. Don’t waste your money.

I found a surf shop selling these in Virginia, considered buying one but then he told me the controller doesn’t use a throttle trigger it just has Up and Down speed buttons. I figured that was a little dangerous and my suspicions were confirmed when he told me two test riders had needed stitches after getting hit by the foil when they fell.

I don’t see any evidence that they’ve improved the design so I’d also recommend avoiding this one until they do.

why did you get version 1? This is very old version as far as i know. What issued do you have? I tested version 2 and its fine - mainly for beginners with the big wing.

I had a version 1. It was a total piece of shit. The version 2, which I also have because the vendor was nice enough to replace the original under warranty, is also a piece of shit but not as big a piece of shit as version 1. The controller is so cheap and crappy I wouldn’t even use it for a child’s toy. Hisun of China is an awful company to deal with also known as epoch. Factory does not stand by their product. I urge you not to waste your money. spend the extra money on the Lift, you won’t regret it

Hi Leffy, thx for your reply.
as i am checking for a suitable efoil for me as a toy and not really professional use price of lift is very high.
Could you give me more info about it what is bad next to the controller. I would like to understand what are the real issues. Its cleat to me that there are differences between a mercedes and a fiat but it depends on the usage and requirements.
But of corse if the fiat does not work its wast money at all.

What do you mean - factory does not stand on their products.

Thx for your suport

what do you say to this issues?

Pictured here is the Hisun Efoil controller. There are three buttons used for pairing, on, off and motor speed control. It’s not waterproof and must be used with a dry bag. Dry bag is not provided. There is a magnetic kill switch, the red button pictured on the board, that connects to the user’s leg via a surf leash. When you fall off the board, the red magnetic button disconnects and kills the motor. Otherwise, the board would keep going with rider in the water. It frequently comes disconnected while riding the board and causes unwanted motor shut down.

As for the factory, all of my dealings were with a woman named Lisa. One of the many problems that I experienced with the Hisun was a defective motor that went bad after one month of use. The board came with a one-year warranty. I exchanged numerous emails with Lisa concerning this defective motor. She gave me a royal run around and convinced me that the factory had no intention of replacing the motor and Foil assembly. The vendor in Illinois that sold me the board replaced the motor and foil assembly from their inventory eventually because he was a good guy And was trying to stand by the product. The new motor was a virgin one which had incompatible couplings with the version 2 board that they had also sent me as a replacement for the defective version 1 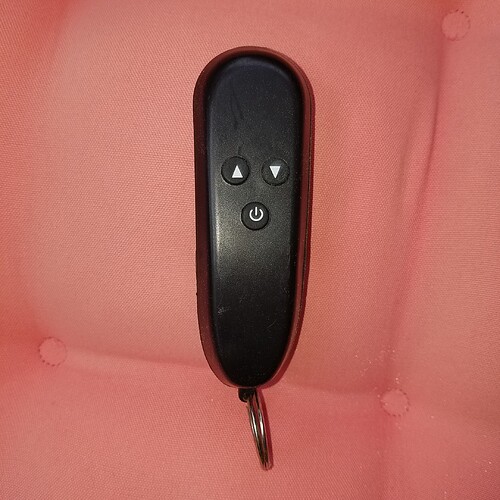 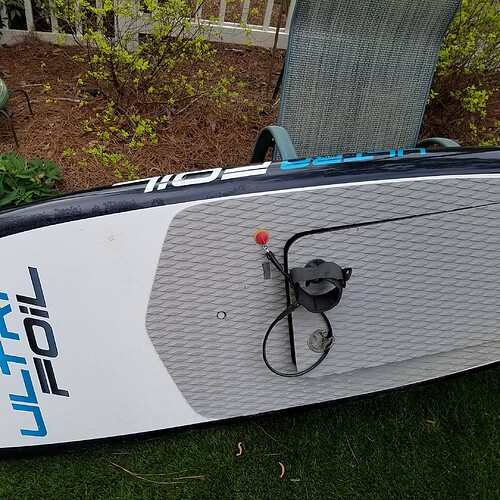 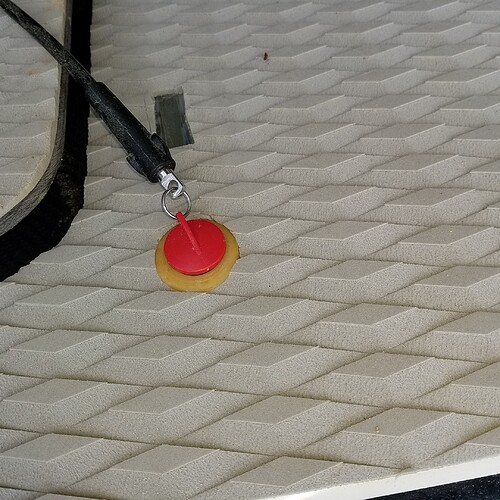 I could go on and on about all of the poor design features of the Hisun product, and I will if you want me to. Poor design, cheap materials, a company that does not stand behind the product. Perhaps in time, there will be less expensive efoils that you can buy that don’t fall apart on you quickly. As of right now you have the lift and the flight board. They are the only well thought out, well-designed and well-built products available and they are in the 12 to 14 thousand dollar range. slightly more expensive than a WaveRunner.

And the only other product I can comment on is the Lift because I bought one shortly after my ultra foil version 1 went kaput.

I am not rich enough to buy cheap eFoils. I also better stay with Lift

The comparison of Fiat and Mercedes is completely wrong. Both are good quality cars just for different class of the user.

You end up in the end buying both. so why not start with Lift of Flite.

Leffy, thx. this helps a lot.
i would be very interested in further info about your experience with issues and poor design.
eighter here or you could also write per mail to me. [email protected]

Okay, here’s another thing to consider. Transporting your e foil board To and from the water. you need to be able to remove the motor foil assembly easily and put it back on easily. The Hisunn requires two people to do this, and even then, it’s a real pain in the ass. I live on the water, so I don’t need to do this but I assume people who have to drive to the beach have to disassemble their efoil for transporting

yes this are important things but main problem is when it doesn´t work reliable. When there are break downs at technical parts like motot, controller, etc.
so your hisun e foil is not running any more because of damaged motor? Which is strange because an electro motor is a standard technical part, esp. a BLDC Motor…
What i was wondering is the smaller electrical power of the motor, just 2kW. Other have upt to 5 kW