I am moving the comments from the Bea surf article at:

to the forum to make it more interactive.

The board that the girl is riding is a petrol model made by tefei, and they are wearing Torque Footpads.

Both videos they have made is using petrol boards from tefei. Very bad petrol board. One video has the red and yellow design on it similar to old Jetsurf design. Other board is just totally black (no design).

Please alert people that this board is not in operation and they would be sending this person money to try and develop a board. I am sure the Jet Board industry doesn’t need this, and I am sure the owner of this site would not want to be seen praising a board that is not even produced yet.

You are quite right with some of your comments but completely wrong with others. It seems strange that you would make such a strong statement and get so personal. You are quick to judge and provide your version of the truth but what makes your version and what you are saying any better than what Blea did by posting a video of petrol boards with there electric boards? It seems they tried to mislead us for their own benefit but I cant help but feel that you are doing the same thing. Your post makes me think of a jealous competitor.

Its true that some of the photos and footage are the cheap petrol boards and yes one even has footpads from another board. This is really not a good thing to do when trying to launch a new product. Blea were honest enough to say that on the day of filming both prototypes broke and because they had traveled to a nice location and got a film crew they decided to film and use the footage anyway. I couldn’t agree more that this is a bad move and doesn’t look very good for them. People have the right to be suspicious now.

However you are completely wrong in saying that this board is not in operation. Would you care to tell us who you are and where you get your valuable and reliable information from? How are you able to make such a strong and bold statement? I have personally seen the new footage of these boards in action and now so has the owner of this site so you have just discredited your whole story now and made yourself look very negative and defensive.

Please don’t think you speak for all of us when you pretend to know what the Jet Board industry does and doesn’t need. Lets also be clear on something please. Nobody is praising the board nor are we vouching for the board or recommending it in anyway but instead we are just sharing the news of another new and exciting potential board. We welcome and embrace all new comers that are willing to try build a board and we back and support all equally. We are not here to just support the big and successful brands but we are always hoping that some new small little brand will get a lucky break and make it into the market.

Until we have actually reviewed, ridden, tested and inspected the board ourselves we will try not to be as opinionated as you are Sam. If all we ever did was report on and get involved with successful boards and brands that got it right first time from the beginning then to be honest not one board and brand would deserve to even be here as all had to start somewhere and none were without there issues and problems.

Im not saying lets be fools but lets maybe try be less gugemefntal and a bit more welcoming to new comers. The Blea team have offered to do live facebook video feeds of riding the boards should you be interested in seeing the board you say does not exist actually running and been ridden.

Having said all of this I must point out that I wouldn’t be investing any money into a half priced board on a kickstarter campaign and I don’t blame you to a certain extent for having a little tantrum but your comments and statement are a little childish.

Lets hope you are wrong and maybe this is exactly what the Jet Board industry needs which is more boards and competition to drive prices down so that the average person can afford a board and hopefully it could even improve the shocking service that normally goes with these price tags.

I can confirm that I saw the additional pictures and videos Wayne is referring to and share his thoughts.

I hope we test this board ourselves in june during the testing tour to see the truth, however from additional fotos and videos they provided, it seems like a real board in production.

Our sincere apology for the confusion caused by the previous video and we are getting it edited with our newest version in action. It should be ready in 1-2days. Before we are able to upload that video, we have uploaded a raw footage that just taken today. It was a windy day and there was strong and shattered waves in the river, but both the boards and the riders were doing pretty well.

Here is the link: https://youtu.be/-GzDGJLoXiE

Not sure why the video is not integrating in BLEA’s message above, but here it is:

It looks pretty real to me with honest video footage

well done. the speed is pretty good not sure what was the weight of the riders?

Here is the latest video from Blea featuring just their own prototypes:

Well done. I hope you come to spain so we can make a nice drone footage with your boards. It will look much more impressive if you ride it in a nice background with palms and rocks not a bumpy river

Blea started kickstarter campaign. I wish them success but i am not sure if they did it right, I hardly believe people are just putting 3000 usd pledges there to unknown companies. I was suggesting them going with small pledges in 50-150 eur range, heating up interest instead of going straight for the sale in a cold market.

I agree with @Jetsurfingnation. While it is seductive to to believe you can pay 3k now and will get a jetboard already in July 2018, i have already seen too many Kickstarter projects being delayed.

BTW, here is the link: https://www.kickstarter.com/projects/232825008/blea-electric-surfboards-surf-anywhere 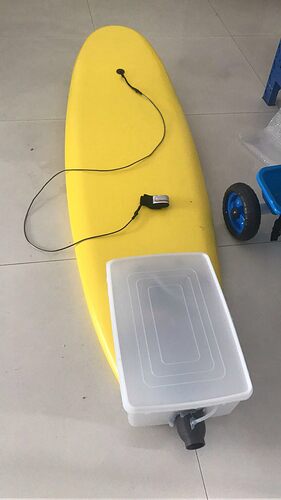 They got 3 bakers in the first 24 hours and achieved already 60% of their funding goal.

The goal however seems t be very low.

It’s All or nothing… so better low goal but even when reached people can keep joining. but if not reached, all is lost.

Wow they already reached a target in just 3 days. I did not expect this to be so quick success considering the full payment is required. Well done.

I am wishing success to Blea! 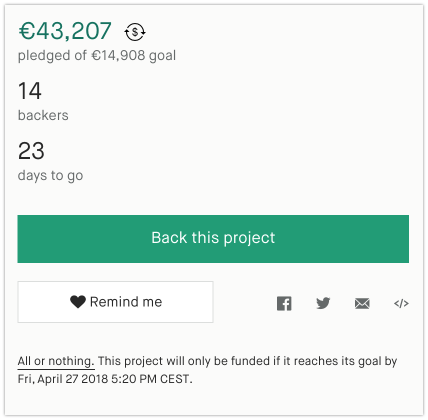 They are rocking now on Kickstarter, Super pumped for them. I helped with a little donation as well, they seem like a really fun team!

The success is kind of exiting, but let’s see if they can really deliver in July 2018.

I would be very impressed if they achieve that. (I wish they do)

Any bakers here in this round? 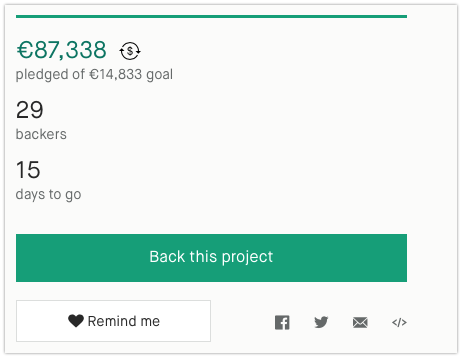 Good demand. I hope they fulfill it

I backed it. But I don’t think they can deliver in the summer.

I am thinking about backing them aswell. Just dont really know which one is better? The 20 or 30mph? And how does this backing up the project works? Do I have to send the money right away and hope for the guys to deliver? What if something goes wrong do you get your money back or is it lost?