Find out more about boot Düsseldorf.

We will be there for a couple of days and following jetboard / hydrofoil will have a booth:

A few others will visit the show without a booth, such like Markus from Waterwolf, Mira from Cabratec and potentially Alex from ESURF.

Which days will you be at the show?

Please post the detailed report for all of us, very interesting. i think we are not going this year.

I will be in Dusseldorf from Thursday Jan 24th to Saturday Jan 26th.

Ill be there on 20th, any surfboard group meetings planned?

Hello Everybody! I will be there one day at Jan 22. I will be very happy to talk with you about industry and cooperation. I represent the Russian market and the website: www.motosurfing.com

We will visit during 22nd,23rd and 24th. We do not have a stand but open to meetings, industry discussions, etc… 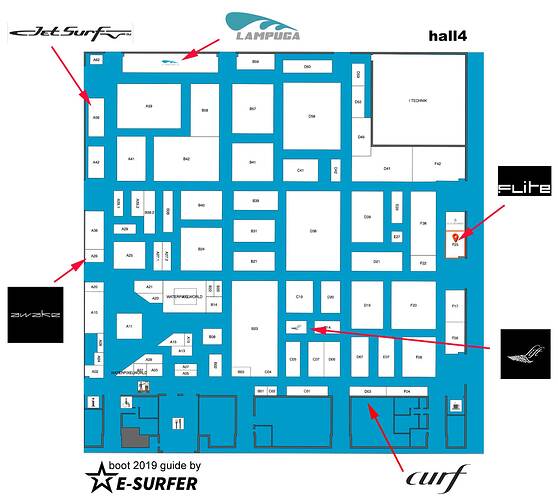 OLO Boards is there too… never heard of before.

Nice catch. We will have more infos soon: OLO One surfboard

I will only arrive Thursday at boot, but received 2 pictures from yesterday. Enjoy: 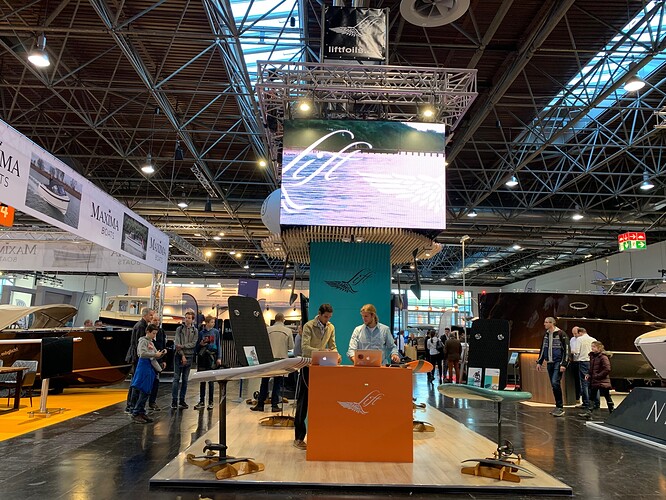 If you are already at the show, please share some pictures here …

How is jetsurf electric? 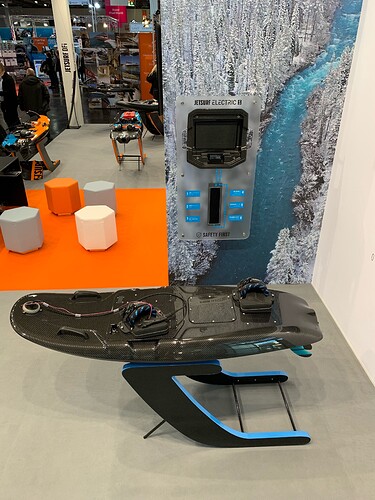 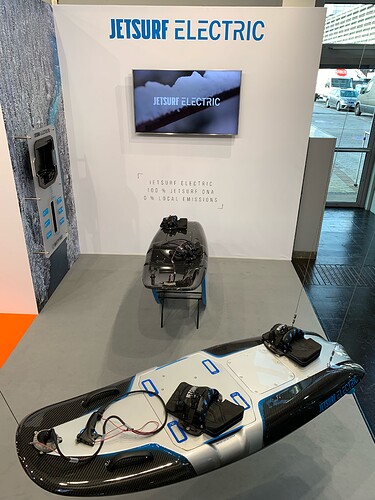 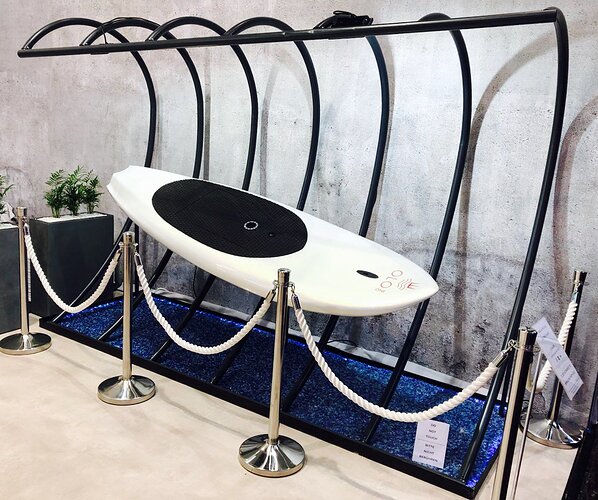 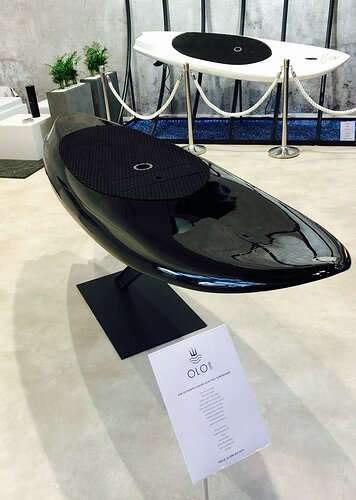 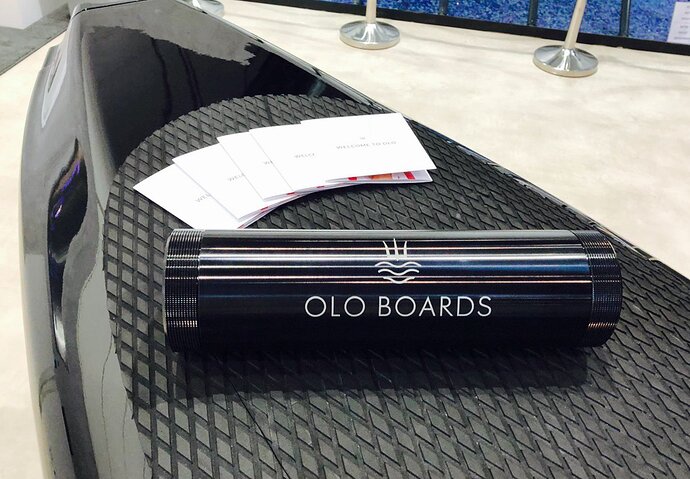 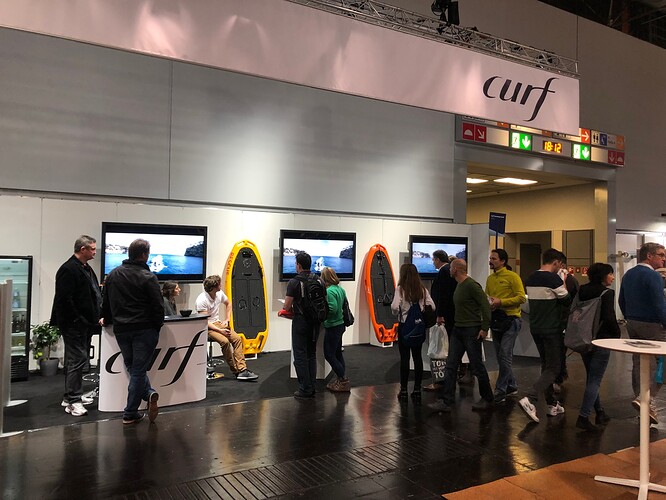 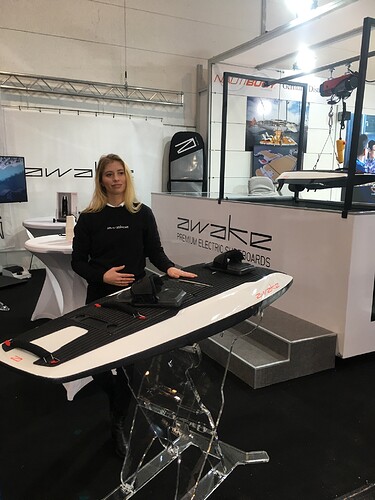 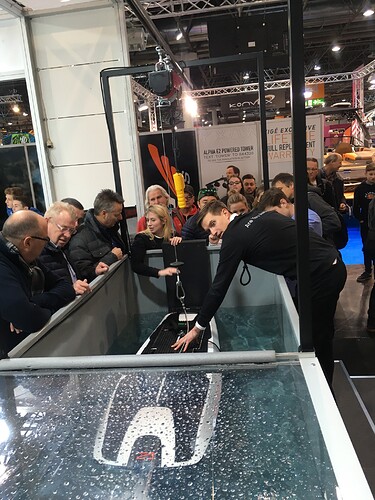 Now with Jetwake and OLO added: 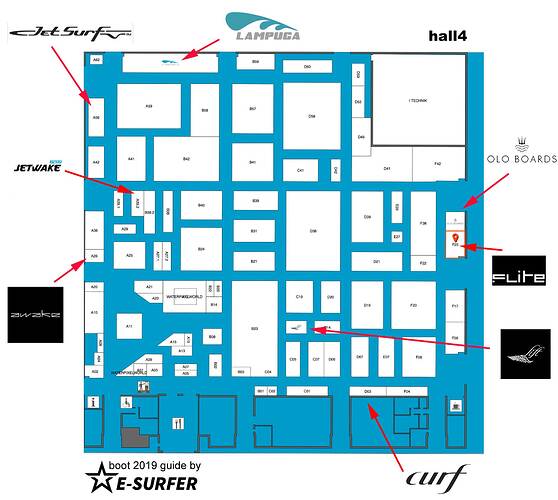 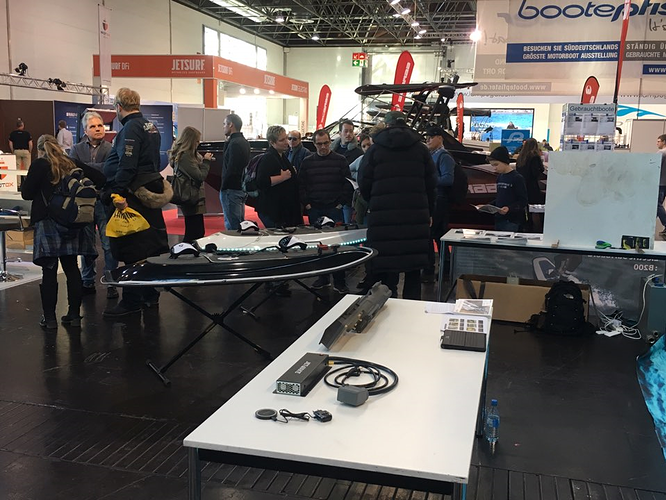 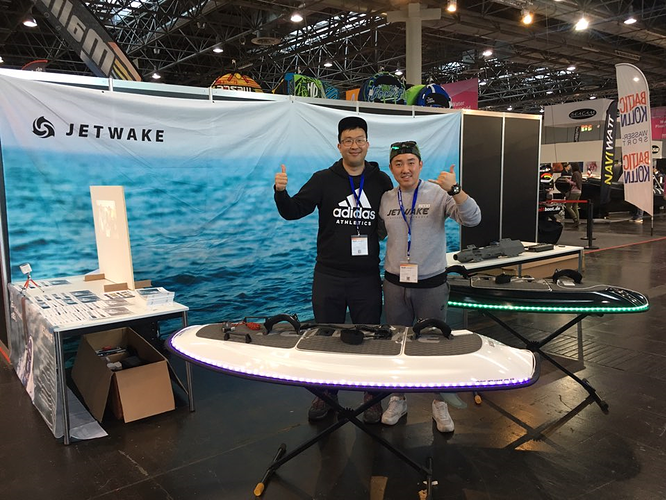 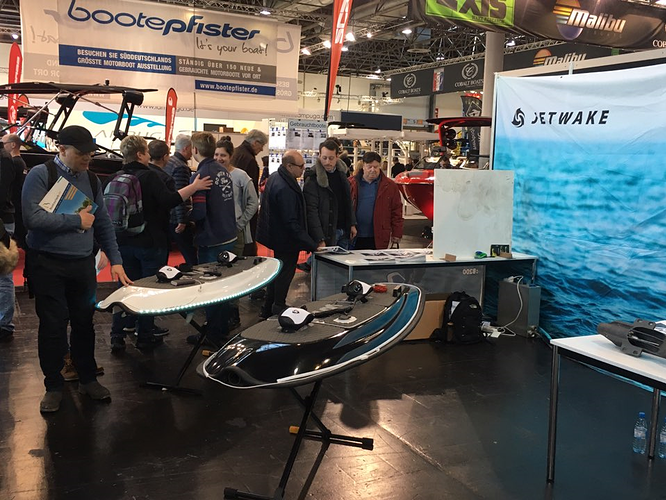 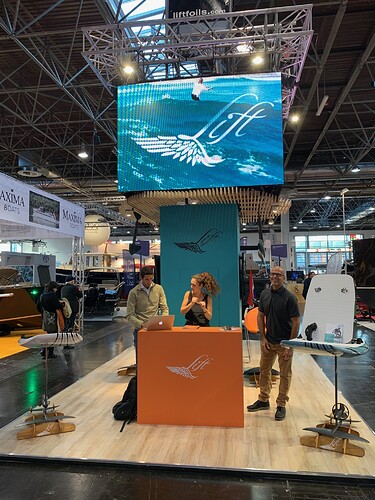 Thank you Andreas, great coverage of the event! Can you post some stats on olo board?